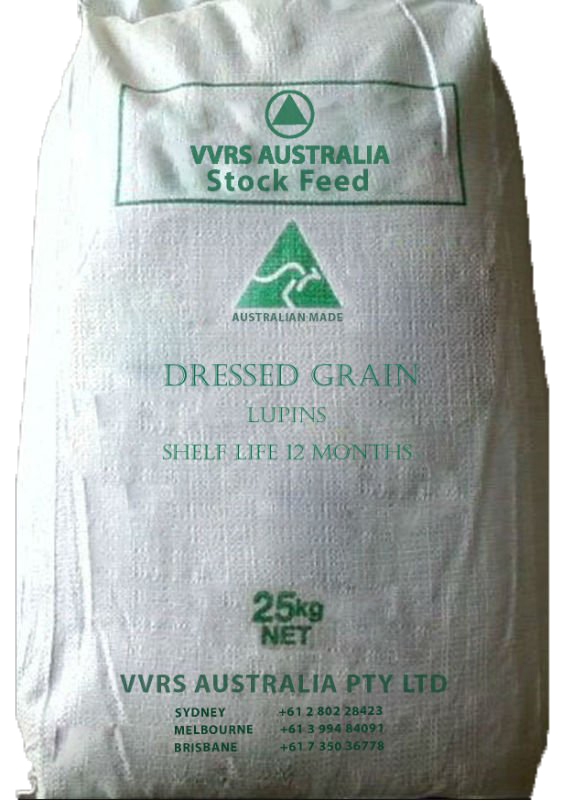 The major Lupin crop in Australia is Angustifolius, also known as the narrow-leafed or Australian Sweet Lupin. It is an erect (20 – 150 cm) annual legume with profuse lateral branching. The flowers are white and tinged with pink or purple.

The pods are of medium size and generally contain 3 to 5 seeds which vary in colour from white to brown depending on the variety. Angustifolius Lupins are well adapted to deep, sandy acidic soils, but are grown successfully on well drained duplex, medium textured and mildly alkaline soils.

Both varieties of Lupins have a two-fold nutritional value, being a concentrated source of both protein and energy. Angustifolius in particular is recognised internationally as a valuable stockfeed ingredient. It is the protein quality, fibre digestibility fatty acid composition and mineral balance that makes Lupins an attractive vegetable protein source. Lupins can be stored relatively easily since they feature a low moisture content and hard seed coat.

Lupins could be an attractive alternative to dry beans and soya beans currently used for human consumption as the protein and oil is readily digested and the seeds have a high content of dietary fibre. The range of possibilities include being ground for flour, fermented to produce high quality tempe, used as a snack food base or being utilised in the production of protein concentrates or fermented sauces. Albus Lupins have particular potential for processing as its lower content of yellow pigment means greater ease in making near-white vegetable based products.